The City of Muncie is celebrating its sesquicentennial year. That’s 150 years of developing and improving our community. Muncie has grown from a small village established by the Munsee, asubtribe of the Lenape Indians, in 1865, to a city rich with arts, culture, and opportunity. Join WIBU as we welcome Mayor Dennis Tyler as our featured speaker. Mayor Tyler will speak about the history, growth, and accomplishments of our great city and share insight on women in business and how we can continue to make great contributions to our community. 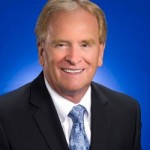 Dennis Tyler grew up on the south-side of Muncie, Indiana and is a graduate of Muncie Central High School. He proudly served as a Line Captain for the Muncie Fire Department before retiring after 42 ½ years of service.

On January 4th, 2006, he was sworn into office as a State Legislator, where he served District 34 honorably for six years. At the Statehouse, Tyler had the privilege of serving on committees that focused on veteran’s affairs, public safety, employment labor, pensions, roads and transportation, autism and government reform.  During his tenure in the general assembly, Tyler was a strong advocate for victims of violent crimes, introducing legislation on intestate succession, which states that a parent may not receive an intestate share of the estate of the parent’s minor or adult child if the parent was convicted of causing the death of the child’s other parent.

Tyler resigned from the Legislature in December 2011 to assume the duties of Mayor effective January 1, 2012.  Since that time, Mayor Tyler and his administration have re-opened two fire stations, consolidated animal control, re-initiated summer programming in the parks, graded more than 30 lane miles of roads and 70 alleys, presented more than 50 proclamations, received almost $8 million in grants, and announced nearly 100 new jobs and over $3.2 million in new payroll, representing over $30 million in new capital investment.

Mayor Tyler has been active in many community organizations, including United Way of Delaware County, the Knights of Pythias Lodge #37, and the Fraternal Order of Eagles #231 in Muncie.  He is also the Chairman of Labor and Industry Board of the NAACP since 2010.

Mayor Tyler enjoys spending quality time with his wife, Vickie, along with their three children, nine grandchildren, and one great-grandchild.

Thank you to our March Business Sponsor:

There are no upcoming events at this time.

Menu
We use cookies to ensure that we give you the best experience on our website. If you continue to use this site we will assume that you are happy with it.Ok